In August of 2021, the First Lady of Tennessee, Maria Lee, volunteered on a Tucker’s House Project.

Meet James. James is 42 years old and has severe Cerebral Palsy. He is non-verbal but has a beautiful smile and loves people. He lives with his mother, who also has medical issues that make caring for her son very difficult. James can assist slightly with transfers from his wheelchair to and from his bed, but he is otherwise dependent for all of his care. His mother has the most significant difficulty bathing James due to his size and both her and his physical limitations.

Tucker’s House was honored to host the First Lady of Tennessee, Maria Lee, who volunteered on this project in August as part of her Tennessee Serves initiative. In August, the focus of this initiative was serving individuals with intellectual and developmental disabilities and their caregivers.

The First Lady first learned of Tucker’s House through her friend who used to serve on the Tucker’s House board. Her office reached out to serve on a project which happened to fall at the same time that Tucker’s House was named as a 2020 recipient of the Governor’s Award for Excellence from the Office of Faith-Based and Community Initiatives. 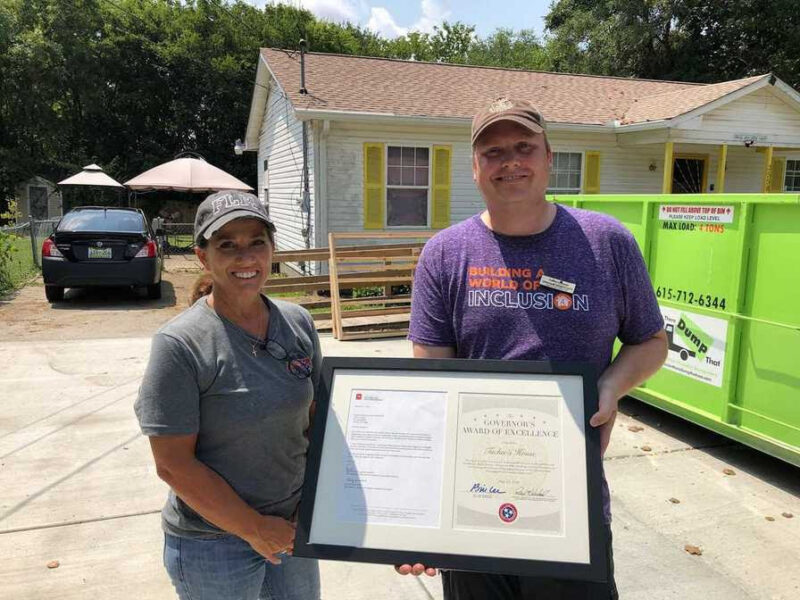 The First Lady was there on the first day of the project for James. She had the chance to interact with James and his mother. She was also able to get her hands dirty by helping with the demolition of the current bathroom. She took a tour of the home and learned of the struggles James’ mother has endured not only with her son but also with her daughter who is a recent double amputee. She learned what a difference it will make for this family to have their home retrofit with modifications to assist this mother to take care of her children.

We consider it a privilege to be a part of these family’s stories and help provide dignity and inclusion for children and young adults in our community. We have a core belief that every child should feel at home and this drives us in everything we do. 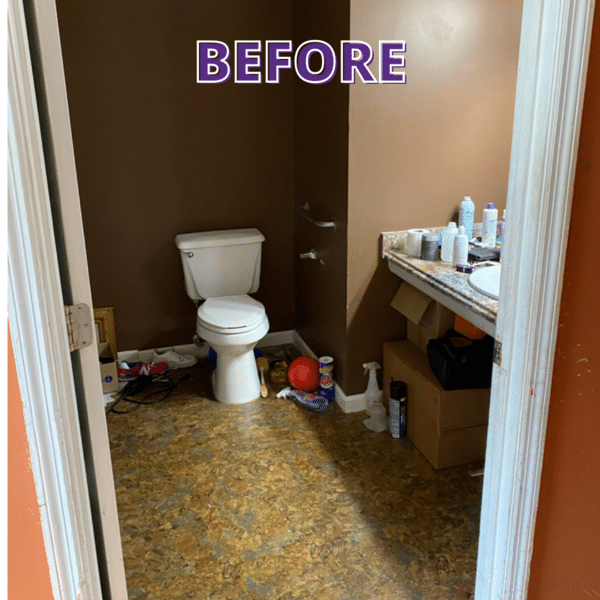 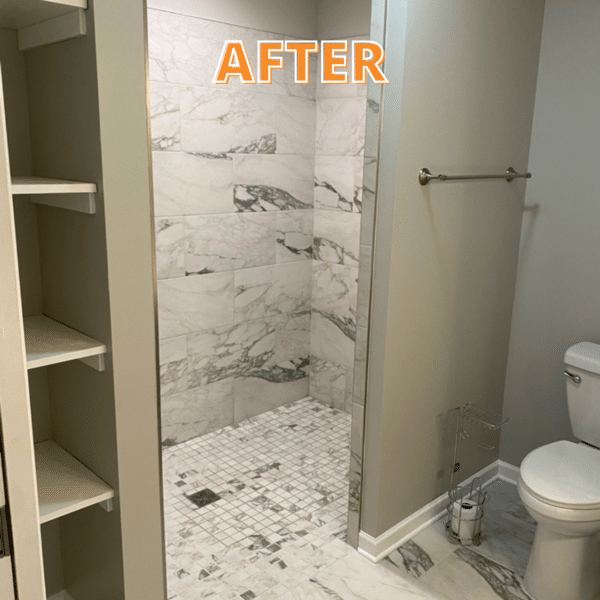 Tucker’s House is a 501(c)3 non-profit in Middle Tennessee that serves families who have children with disabilities by making their homes safer and more accessible. We receive no state or federal funding and our ability to perform services depends on the support of our Middle Tennessee community. The average cost of a project is $15,000 and your continued support goes to help people like James and their families have safe and accessible homes.